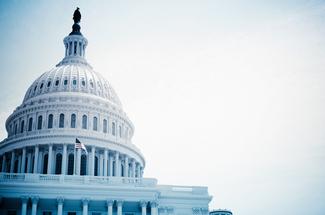 WINTHROP/REVERE/EAST BOSTON, MA— Highlighting the collaboration between the state and federal delegation, Representative Katherine Clark (MA-5), Representative Michael Capuano (MA-7) and State Senator Joe Boncore (First Suffolk & Middlesex) today announced that the Omnibus Appropriations bill passed by Congress on March 22 included a mandate requiring the Federal Aviation Administration (FAA) to study how to address aging airport noise mitigation insulation and funded an additional 8 field staff positions at the FAA dedicated to addressing aviation noise. Congresswoman Clark utilized her position on the Appropriations Committee to secure the inclusion of this study mandate after the three offices identified concerns from residents of the aging system and impact of aviation noise.

“This is a quality of life issue for residents near Logan Airport, many of whom reside in homes that, due to the level of aviation noise they experience, qualify for federally funded noise insulation. When this equipment reaches the end of its useful life, residents should not be on the hook financially to replace it,” said Rep. Clark. “Senator Boncore and I regularly discuss ways we can collaboratively resolve local issues, and when he brought up this concern, we immediately went to work to see how we could help. Supported by Congressman Capuano’s input and expertise as a longtime advocate and member of the Transportation Committee, we were able to make progress for residents who deal with airplane noise on a daily basis.”

“People who reside near Logan Airport experience increased noise every day. Mitigation programs have provided some measure of relief, but nothing lasts forever. Impacted residents should not be responsible for replacing aging noise insulation. Now, the FAA is required to address how to manage insulation that is losing its effectiveness. I appreciate the hard work of Congresswoman Clark and State Senator Boncore for their efforts to address this important quality of life issue,” stated Congressman Capuano.
“Congressman Capuano and Congresswoman Clark’s leadership on this issue has demonstrated their ability to translate the concerns of our communities into concrete results on Capitol Hill,” said State Senator Boncore. “As neighboring communities, air traffic affects our lives. It is important that we understand the full impact of air and noise pollution on our homes, so we ensure the highest quality of life for residents.”

Over the last several decades, residents in certain communities surrounding Logan Airport were provided federally funded noise mitigation insulation to reduce the impact of aerial noise pollution. That sound mitigation insulation is now aging. The Omnibus bill directs the FAA to report to Congress on the effective lifespan of common sound insulation including window and door upgrades, weather-stripping, and other mitigation treatment and provide recommendations for the replacement of sound insulation that has exceeded its effective lifespan. Additionally, the bill provides the FAA with the funds to hire 8 new field staff to address community noise concerns.

CBS Boston: Members Of Massachusetts National Guard In Melrose Prepare For DC
WBUR: The Mass. Delegation On A Week That Shook America