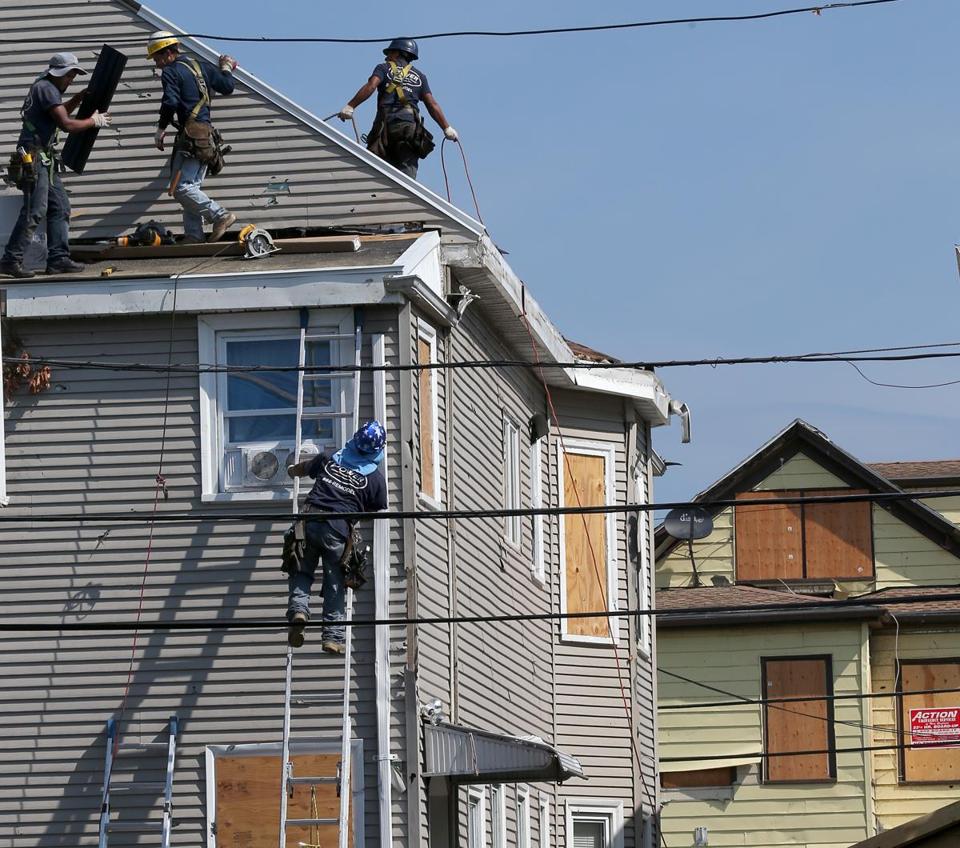 Repairs were underway on Wednesday to a house on Taft Street in Revere, but other residents were still negotiating with insurance companies following last month’s tornado.